The Carara Bay property consists of approximately 47 hectares of land situated on the west coast of Costa Rica. The property is bordered on the south by the existing resort and residential area of Punta Leona, on the west by the Pacific Ocean and on the north by the Agujas River. To the east it is bordered by a Forest of private land and El Bambú, a recent development of small single family residential sites. Primary access to the site from San Jose is via Highway 3 or 27 to 10 Kilometers west of Orotina where it intersects with Highway 34 which heads south to Punta Leona. Specific access to the property will be from the south and the north. Initially, during the first phase of development, Carara Bay would be accessed via the current gated entry and the existing access road to Punta Leona through exotic vegetation and terrain to the central lower portion of the property.
Ultimately, a secondary means of access will be provided from the north via a bridge over the Rio Agujas River. More centrally located, to the north, lies approximately 44 hectares (105 acres) of low land that abuts the Agujas River on the north. This lower and flatter portion of the property is less complex terrain having been extensively cleared with the exception of numerous specimen trees and lush pasture that remains. Because of the dense vegetation and prominent western ridgeline, views of the Ocean from the low land are relatively limited and are primarily oriented to the north. This is not the case, however, from the higher portions of the property where ocean and sunset views are magnificent.
A developer could be evaluating the opportunities for developing a retirement living community at the site. The Central Pacific Coast is also home to some of Costa Rica’s best-known tourist destinations, including Jacó and Playa Herradura. The recently completed San Jose Caldera Highway has shortened the drive time from the capitol city of San Jose to Punta Leona to about 45 minutes. It is likely that this will have a significant impact on growth in the Central Pacific Coast area, given its rich environmental beauty and resources, and the increased access to major population centers. Already on-line communities boast tens of thousands of members, are touting the access to Costa Ballena, the gold coast, which is about 23 miles south of Punta Leona. MCL conducted a market analysis to measure the viability of some type of retirement living in the Carara Bay Project, to identify the types of services and programs that will meet market desires, and to quantify the potential size in terms of number of residential accommodations.
According to the Migration Policy Institute: “In recent years, a steadily growing stream of Americans has been heading south to Latin America for retirement.” And as the baby boom generation ages, that stream is expected to gain speed. It will be carried along by rising medical costs, a reduced ability to rely on Social Security and pensions, and cheaper transportation and communications technology.
The Costa Rican government is expressing a strong interest in attracting retirees from other countries, particularly North America – the United States and Canada – as an economic strategy for the country.
At the low density or low footprint existing masterplan there is a planning for residential, commercial and Hotel. Environmental studies (D1) for the titled property and other preliminary permits are ready.
• 137 lots as residencies (660 mt2 to 1450mt2)
• Mixed use lots
• 98 Villas
• Permits are ready
• Condominium 36 units
• Club house and play grounds
• Boutique Hotel
• Swimming pool lake as 1.6Ha
• Lake beach
• Forest
• Landscaping and water treatment plant.
• Marina of about 130 slips. Which is separate from the project.

There is no current regulatory plan in place yet to approve the marina. 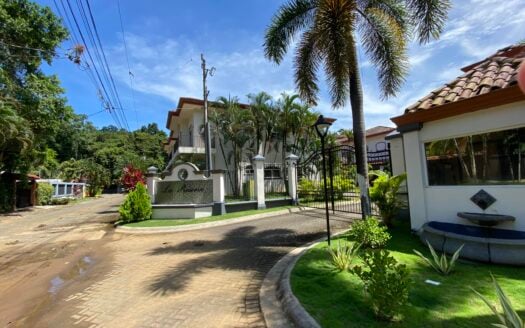 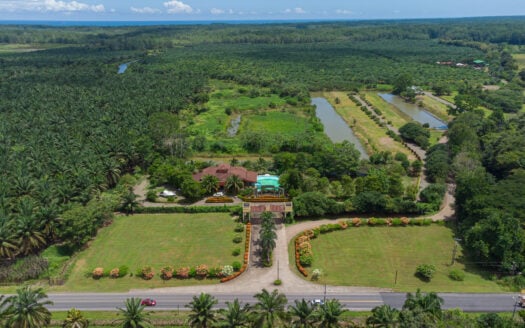 Commercial Beach Complex with 4 Suites and 4...